She is originally from Charleston, South Carolina, but now affectionately refers to Rock Hill as home. She received a degree in Teleproduction Technology from York Technical College as well as her bachelors degree in Integrated Marketing and Communications from Winthrop University.

Ashley started her career 20 years ago at CN2 News where she received awards from the Radio Television Digital News Association of the Carolinas. After working at CN2, she worked in the Marketing Department at Comporium. Ashley has also done voice over work for Charlotte businesses and is featured as the voice of “Sage the Soccer Ball” in the Baxter’s Bunch project. For the last 5 years she has managed a local boutique in Rock Hill called, Faded Crown.

Ashley attends Fort Mill Church of God, and is actively involved. She currently serves on the Church and Pastors Council, sings on the Praise Team and helps organize the annual, “Tee Up for Tanzania” Golf Tournament. She is a graduate of the “Leadership York County” program and serves as a team leader for the “Come See Me” Festival. She and her husband, Robb, live in Rock Hill and have two children, Mary-Elex and Chapman. 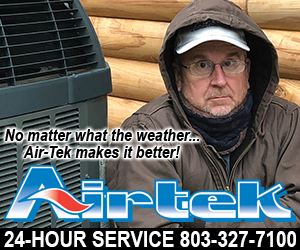